By Ross Ibbetson for Mailonline

According to a report, the Taliban beheaded a youth volleyball player and posted pictures of her head on social media.

Mahjabin Hakimi, a rising star of the Kabul Municipality volleyball club, was butchered by the jihadists earlier this month, her coach claimed in an interview with The Persian Independent.

The girl’s death is only now being reported because her family’s Islamist militants threatened not to tell anyone what happened.

After the disgusting photos of her severed head were reportedly posted online, the coach decided to speak out.

“All the players on the volleyball team and the rest of the athletes are in a bad situation and in despair and fear,” he said.

“Everyone was forced to flee and live in unknown places.”

Mahjabin Hakimi, a rising star in the Kabul Municipality volleyball club, was mercilessly slaughtered by the jihadists earlier this month, her coach told The Persian Independent 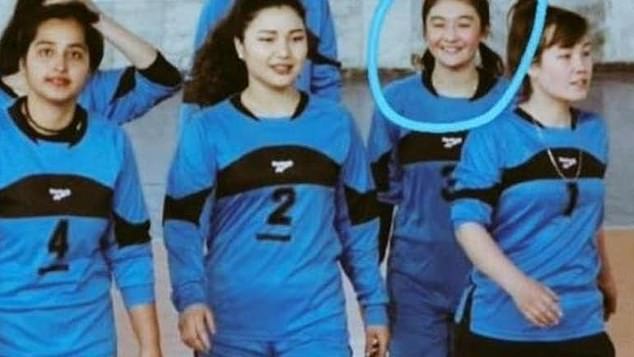 Mahjabin was one of only two girls who played for the team who couldn’t escape after the fall of Kabul, their coach said

Mahjabin played volleyball for the Kabul club before the Taliban took power from the US-backed government in late August.

The trainer said she was one of only two girls who failed to flee Afghanistan.

Reports that she was beheaded have stoked fears among other female athletes in hiding.

According to its strict interpretation of Sharia law, the Taliban forbid women from playing sports or participating in work or education.

Those who resist the acts of the terrorist group risk torture and death.

The Afghan national women’s volleyball team has asked foreign organizations for help with their departure, but to no avail.

Zahra Fayazi, a senior international who fled to Great Britain in August, previously described how a teammate was murdered by the Taliban.

“Our players who lived in the provinces had to go and live in other places,” she told the BBC last month. 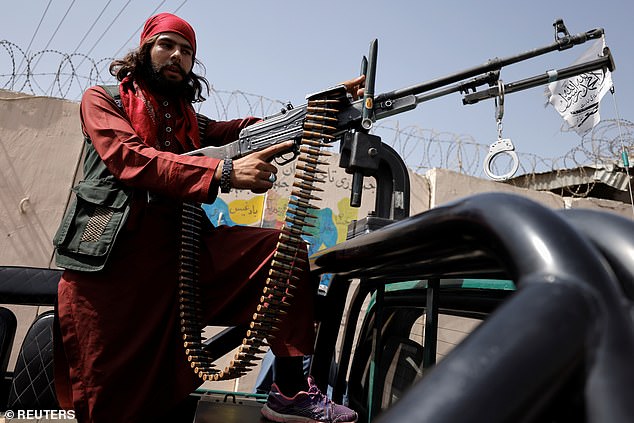 “They even burned their sports equipment to save themselves and their families. They didn’t want them to keep anything related to exercise. You are scared.

“Many of our players from the provinces have often been threatened by their relatives who are Taliban and Taliban supporters.

“The Taliban have asked our players’ families not to allow their girls to participate in the sport, otherwise they will face unexpected violence.”

British boy, 16, arrested ‘for raping a girl from the UK of the same age’ at Majorca hotel

Erica Mena Drops A Message For All Parents Out There

WSJ Editorial Notes The Danger Of Having Trump Involved In Primary Process, But Ignores Danger To Democracy