By Jack Newman For Mailonline

A Greek Big Brother star has been accused of raping a 21-year-old British tourist.

Steve Milatos, 30, was arrested Tuesday after allegedly assaulting the girl in a field in Rhodes after asking her to join him at a nightclub.

Milatos, who starred in the Greek version of the reality show last year, denies the allegations.

His attorney said the sex was consensual.

The alleged victim is being examined by medical professionals and a psychiatrist, according to Proto Thema.

The reality star, who has more than 110,000 Instagram followers, is scheduled to testify before a prosecutor today.

He has previously worked with major fashion houses such as Diesel and has walked the catwalk for Givenchy and Jean Paul Gaultier, according to reports.

Big Brother has come under fire before after a Spanish version contestant was forced to watch disturbing footage of her alleged sexual assault in the diary room.

Carlota Prado, a contestant on the show’s 2017 series, was called into the diary room where she was briefed on the alleged sexual assault at the hands of fellow contestant and friend Jose Maria López, with whom she had started a relationship in the house. 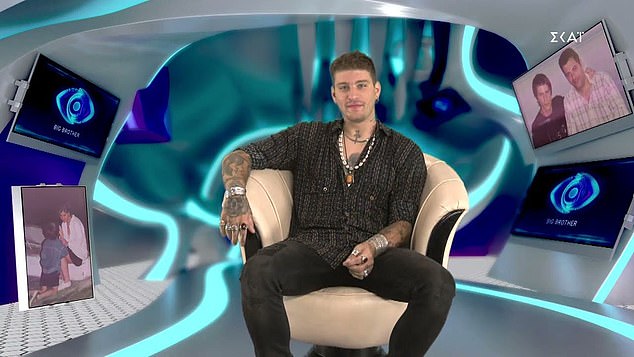 Steve Milatos, 30, was arrested Tuesday after allegedly assaulting the girl in a field in Rhodes after asking her to join him at a nightclub

Ms Prado, who was unaware of the events that had transpired in bed the night before, was shown a video of Mr López having sex with her while she was passed out in bed.

The scene was taped by the Zeppelin production company and was never televised.

According to digital newspaper El Confidencial, after she was shown the footage, Ms Prado was not allowed to go and tell her fellow contestants what happened, but instead was asked to temporarily leave the show immediately. 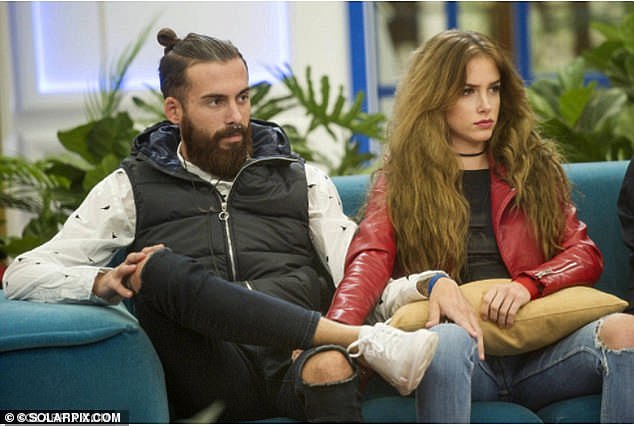 Carlota Prado, a contestant on the 2017 Spanish series, was called into the diary room where she was told she had been sexually assaulted by co-star Jose Maria López (pictured together).

Ms Prado decided not to endorse the complaint and returned to the Big Brother house five days later.

The newspaper reported that footage of the alleged assault shows Ms Prado, intoxicated on alcohol supplied to candidates for a party, rebuffing her partner’s advances and telling him: “No, I can’t.”

Despite this, he got into bed with her and allegedly had sex with her for several minutes while she was unconscious.

In 2015, a contestant was also removed from the South African version after being accused of sexually assaulting a roommate.

Siyanda Ngwenya is said to have attacked a sleeping woman in the Big Brother house.

The couple had been spotted kissing and snuggling in bed before the cameras cut away.

He told the roommates the next day that they had sex, but she was apparently shocked and said she didn’t agree.