The Mane Attraction: The majestic white lion with immaculate hair is a hit at the South African Wildlife Sanctuary

By Sam Baker For Mailonline

A stunning white-haired lion with an immaculate mane of hair has proved to be the main attraction at a wildlife sanctuary in South Africa.

The well-coiffed lion was photographed by director and photographer Simon Needham, 55, at the Glen Garriff Lion Conservation in Harrismith, South Africa.

The stunning photos showed the male white lion in all his glory as he roamed the sanctuary. 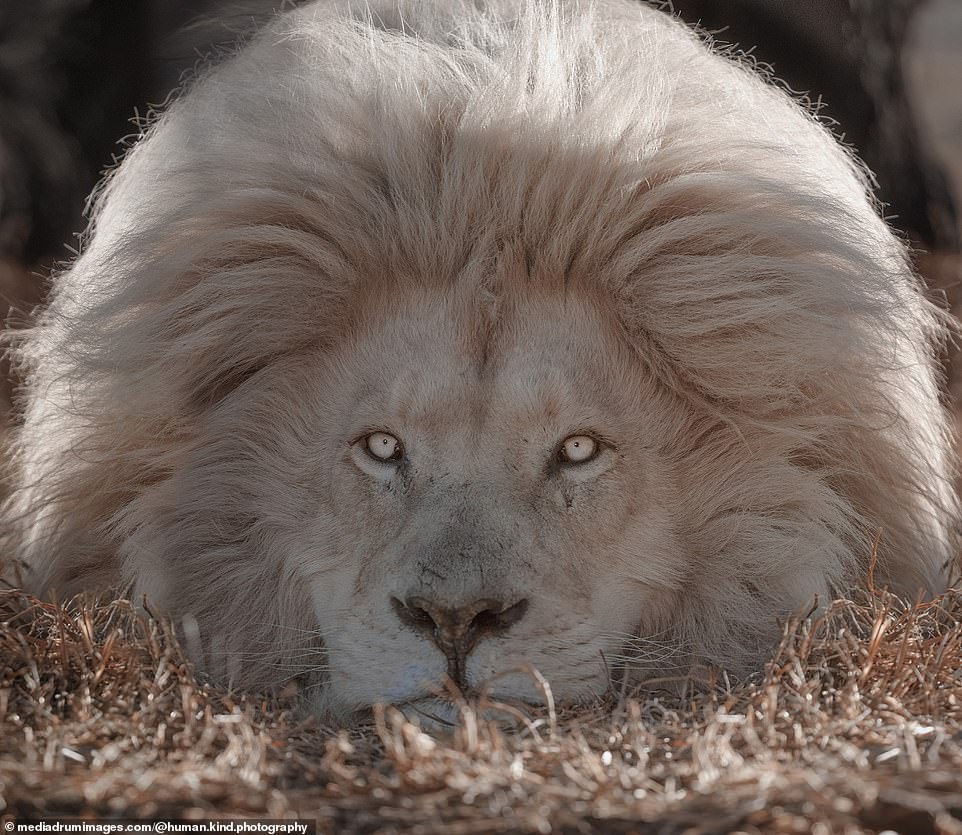 As if knowing a camera was pointed his way, the white-haired lion appeared to lie down and pose

One image shows the lion laying on the ground with its impressive mane while another catches the animal mid-roar.

Of the stunning white lion, Simon said, “I took these pictures to help promote @GGConseervation on social media,” he says. “When I take pictures that I know will help support the charity I’m shooting for, it’s always a great feeling.

“It’s difficult to draw attention to a good thing, but powerful visual images can really draw people in.

“All endangered species need our help if we are to expect them to be there for our children and grandchildren. 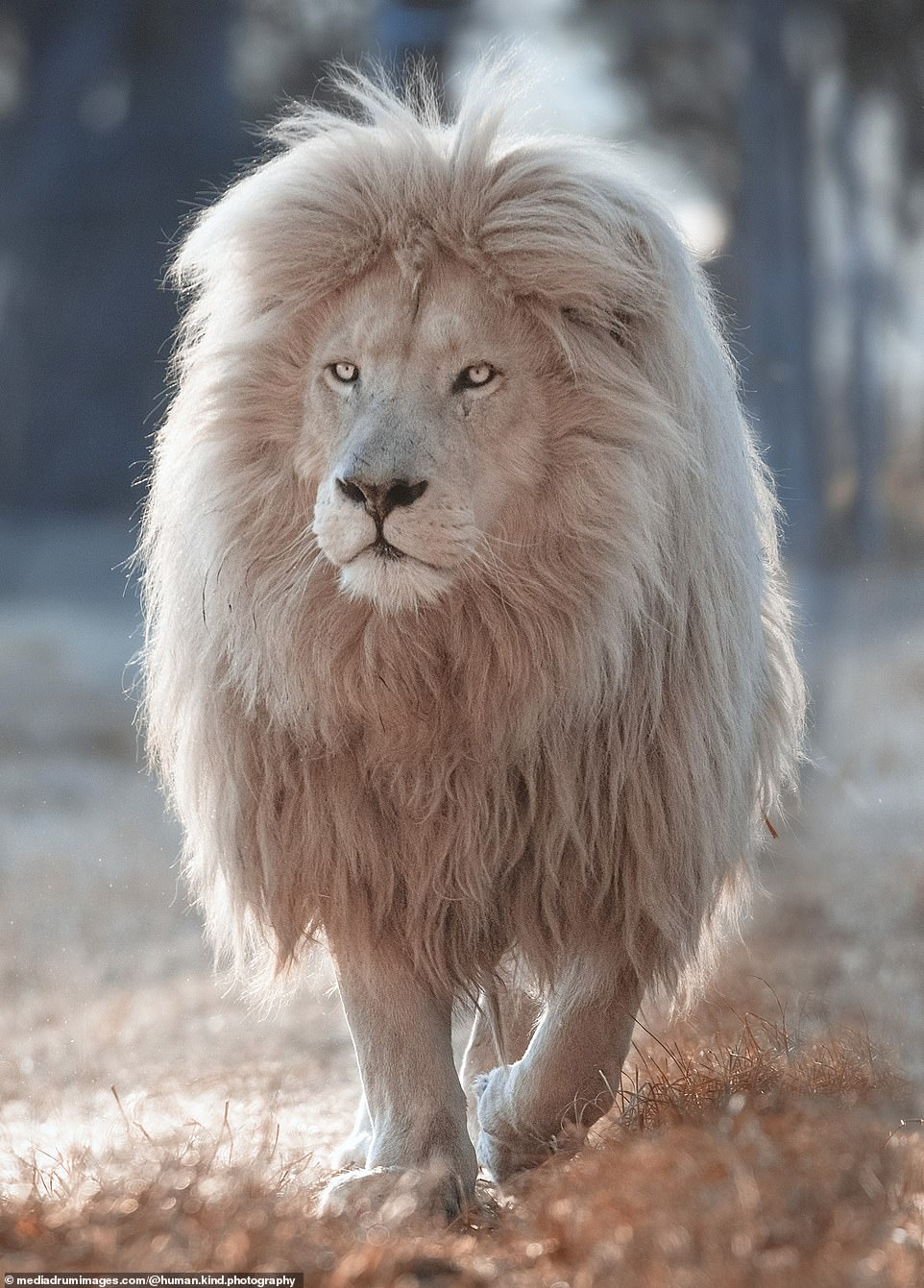 The lion’s unusual white appearance is caused by a condition known as leucism, which results in a partial loss of pigmentation in animals 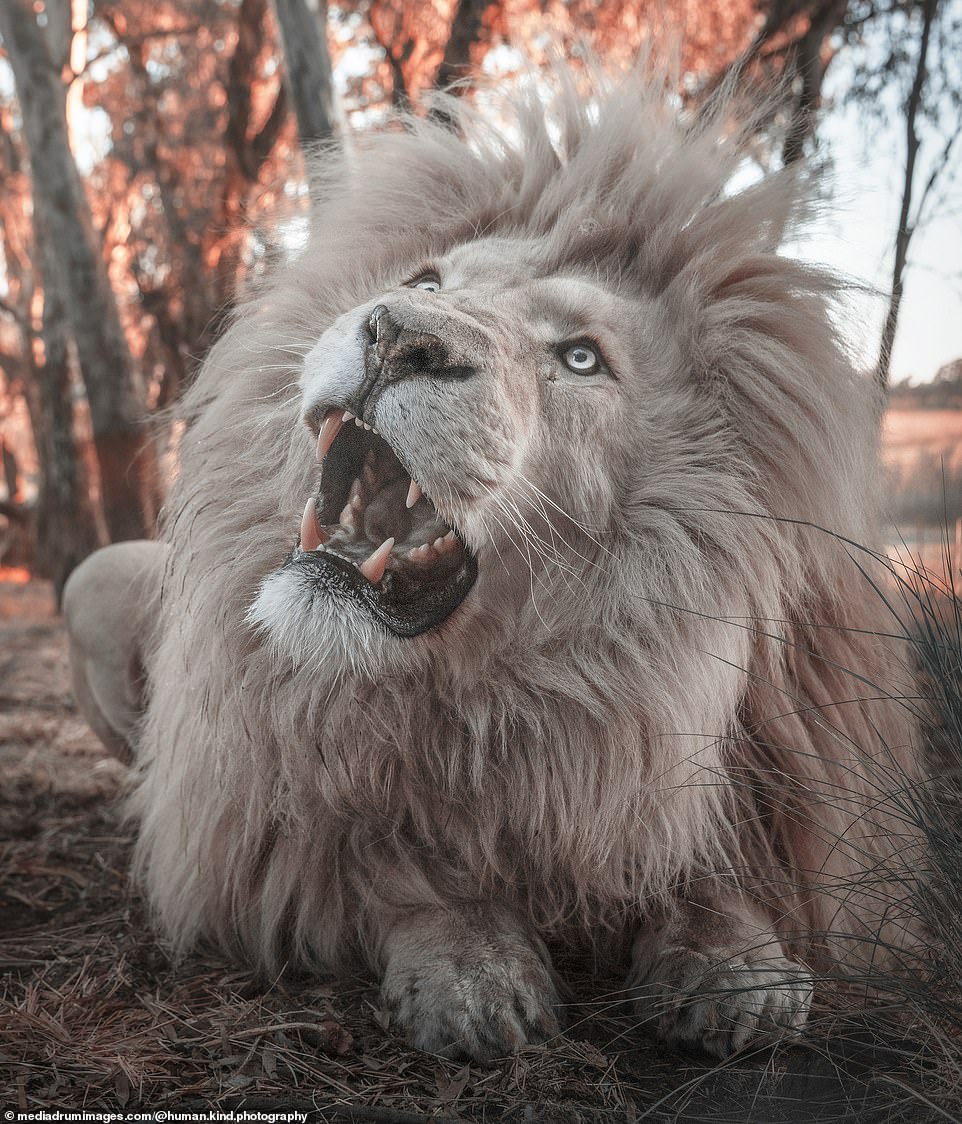 The lion’s razor-sharp teeth were on display in all their glory in this photo, taken as the animal began to roar

“Only with continued support can we hope to save these species from extinction.”

Although white lions appear to be albino, they are actually the product of a rare color mutation known as leucism.

This condition causes a partial loss of pigmentation in animals, resulting in the distinctive white appearance.

Leucism is often caused by a recessive gene known as a color inhibitor.

The first lion was introduced to the Glen Garriff Lion Conservation in 2002 and now the organization has over 70 lions under their care.

Tonga’s volcano blast cut it off from the world. Here’s what it will take to get it reconnected.