Jealous groom beats his new bride to death on their wedding day: Russian killer who assaulted victim in front of shocked guests is sentenced to 18 years in prison

A jealous groom has been sentenced to 18 years in prison for beating his new wife to death on their wedding day in front of shocked guests.

Stepan Dolgikh, 35, beat his wife Oksana Poludentseva, 36, to death and then threw her body into a ravine in Novosibirsk, Russia.

The unrepentant killer told a court he believed his new bride had cheated on him.

Dolgikh had a murder record, but the woman who met him as a pen pal in prison thought she could tame him.

Witnesses said he began kicking and beating a Poludentseva’s mother after she became “jealous” of her communication with another guest at their wedding party in a private house in the village of Chik.

He accused his new wife of “wrong behavior”, it said.

Chief investigator Kirill Petrushin said: “He started hitting and kicking her in front of the house.”

Stepan Dolgikh, 35, (right) beat his wife Oksana Poludentseva, 36, (left) to death and then threw her body into a ravine in Novosibirsk, Russia 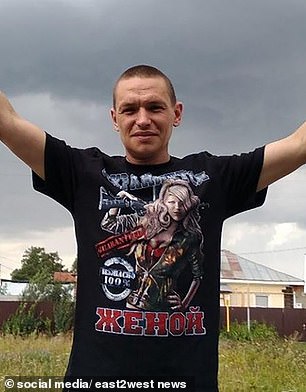 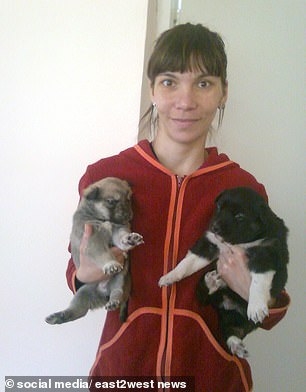 Dolgikh (left) had a murder record, but his wife Poludentseva (right), who met him as a pen pal in prison, thought she could tame him 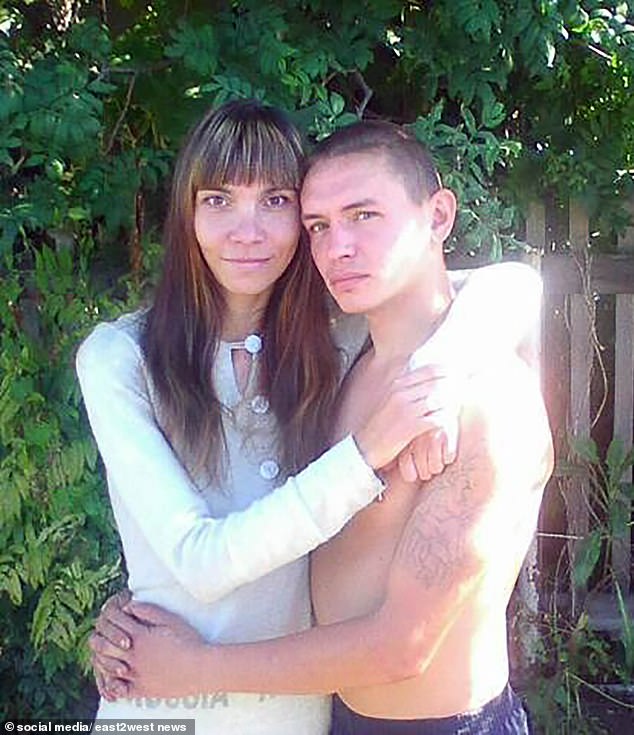 Other guests were reportedly too scared to intervene, but they called the police as the beatings continued in the street outside

He continued to attack her in the house.

“He grabbed her by the hair, punched her, pushed her into the street where he continued to hit her body and head.” When she appeared lifeless, “he threw her into a nearby ravine”.

The incident happened several hours after the couple exchanged vows at their wedding.

Other guests were reportedly too scared to intervene, but they called law enforcement.

The groom was detained at the scene by the Russian National Guard. Dolgikh confessed to the murder, said Petrushin, chief regional detective with the Russian Investigative Committee.

“He punched her in front of witnesses for a long time and hit her vital organs – upper body and head,” he said. 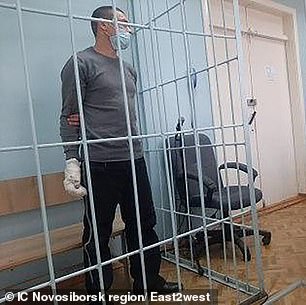 Stepan Dolgikh, 35, in a cage during his trial

He “fully admitted his guilt during the investigation” but has not repented, he said.

“He was jealous of her at one of the male guests,” said Petrushin.

“It seemed to her husband that she had misbehaved, which caused a scandal. Everyone else was afraid of him, so they tried to intervene but were rebuffed.’

A friend said: “She really loved him and was waiting for his release.”

The man had a criminal record for murder and robbery, but Poludentseva believed she could help him change his ways.

“The deceased woman knew of his criminal record,” Petrushin said.

“They met while he was serving a sentence for his previous crimes.”

He added, “She didn’t think that while drinking alcohol or just in a fit of anger, a person like her could cross the line and commit a serious crime.”

VR is as good as psychedelics at helping people reach transcendence