Time trickles away for a success at the WTO

The eurozone’s economic recovery from the pandemic accelerated in the three months to September as higher household spending fueled growth in France but supply chain bottlenecks led to a slowdown in Germany and overshadowed the final quarter.

The picture of third quarter growth figures released by the four largest eurozone economies showed that France and Italy had rallied the most, with growth well above expectations at 3 percent and 2.6 percent, respectively.

However, there was gloomy news in Germany, where growth in the third quarter was slower than expected at 1.8 percent and slowed from 1.9 percent in the previous quarter.

Spain, on the other hand, recorded growth of 2 percent, which was well below expectations. The Spanish gross domestic product was well above its growth of 1.1 percent in the second quarter, but remained well below the level before the pandemic.

The eurozone as a whole lagged behind the global economic recovery from the pandemic last year. However, it is expected to close the gap with 2 percent growth in the third quarter when GDP numbers for the bloc are released on Friday, a faster growth rate than the US and China.

On Thursday, the US reported GDP growth of 0.5 percent quarter-on-quarter for the third quarter, while China had already announced economic growth of 0.2 percent over the same period.

However, China’s economy rebounded above pre-pandemic levels last year and the US did the same in the second quarter. The eurozone is not expected to reach this level of recovery until the end of this year.

Currently, the gap between German production now and in the fourth quarter of 2019 before the pandemic broke out is 1.1 percent, that of Italy has narrowed to 1.3 percent, while France has almost returned to pre-pandemic levels. Spain’s lag is 6.6 percent.

One annoying factor is that supply chain bottlenecks and soaring energy prices, which slowed factory production and spurred inflation, will weigh on growth in the euro area in the final quarter of 2021.

These issues have prompted the federal government to cut its growth forecast for this year. Berlin announced this week that it expects growth of 2.6 percent this year, up from 3.5 percent at the end of April, while raising its forecast for growth in 2022 from 3.6 to 4.1 percent.

The German Federal Statistical Office said that third quarter growth was mainly driven by “higher household spending” during that period.

The French Finance Minister Bruno Le Maire described French growth as “an exceptional result”, which meant that the country was “on the right track”. France’s recovery was driven by a 5 percent increase in household spending and a 2.3 percent increase in exports.

As a result, French output growth rose overall above the 2.1 percent expected by most economists and marked a sharp acceleration compared to the upwardly revised growth of 1.3 percent in the previous quarter. 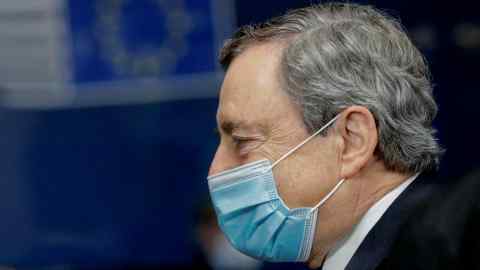 Italy’s GDP rose 2.6 percent in the three months to September after a strong rebound of 2.7 percent in the previous quarter, official data showed. This was better than the 2 percent growth forecast by the economists polled by Reuters.

At the presentation of the national budget for 2022, Italy’s Prime Minister Mario Draghi said on Thursday that the economy “will grow by more than 6 percent this year, probably well above it”. That would be the fastest pace since 1976 as the country recovers from its biggest economic downturn – in 2020 – since World War II.

Spain’s recovery was driven by 7.9 percent growth in production in the hardest-hit retail, transportation and hospitality sectors after a sharp summer rebound in tourism, a major source of income for the economy.

Manufacturing production in Spain was also expanded for the first time this year. However, household consumption in the country fell despite high rates of Covid-19 vaccinations.

Time trickles away for a success at the WTO

FirstFT: Reality bites for US retailers

Cryptocurrency isn’t private—but with know-how, it could be