The number of hate crimes against Christians in Germany has risen by almost 150 percent within a year, amid a wave of religious discrimination across Europe.

These included seven physical assaults against Christians for their beliefs, three thefts or robberies, one desecration of the grave and 24 verbal threats.

The Vienna-based Observatory on Intolerance of Christians in Europe (OIDAC), which has produced a report on anti-Christian hate crime on the continent, says the two main threats are “secular intolerance” and “Islamic oppression”.

The number of hate crimes against Christians in Germany has risen by almost 150 percent within a year, amid a wave of religious discrimination across Europe. Pictured: Berlin Cathedral

The figures were provided by the German police and the Federal Statistical Office of the Organization for Security and Cooperation in Europe (OSCE), the world’s largest security-oriented intergovernmental body.

One report said: “A 77-year-old Jehovah’s Witness was beaten by a woman in the street while doing religious activities. The victim fell to the ground and hit his head. ‘

A Jehovah’s Witness Kingdom Hall was also “desecrated when its mailbox was filled with urine,” the Church claimed.

Another alleged attack destroyed a Protestant church with swastika graffiti and other right-wing symbols. 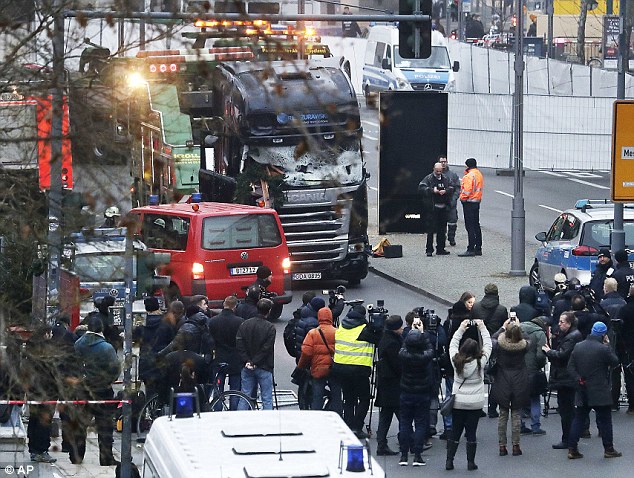 In 2016, 12 people were killed in an attack by an IS asylum seeker on a Berlin Christmas market

OIDAC said in its report that secular intolerance, which poses a major threat to Christians in Europe, is the marginalization or exclusion of religion from public and private life.

The report says: “Some of the ideologies that pervade the secular intolerance that prevails in politics and universities today are specifically anti-Christian, such as neo-Marxist undercurrents.”

They claim this has led to the censorship of Christian teaching, banned Christian symbols from public places, disregarded parental rights in schools and restricted freedom of expression.

According to the study, this has led to layoffs, no-platforming and police investigations into expressing Christian faith.

The report also claims that “Islamic oppression” has led to “violent attacks” against Christians.

They said, “Islamic oppression is mainly seen in the so-called ‘hotspot areas” of European cities and suburbs, where it imposes unique legal and moral codes that are often in conflict with democratic principles and human rights. “

Regarding Germany, the OIDAC report says: “In Germany, freedom of expression is restricted when it comes to discussions about gender, marriage, bioethics and sexuality.” 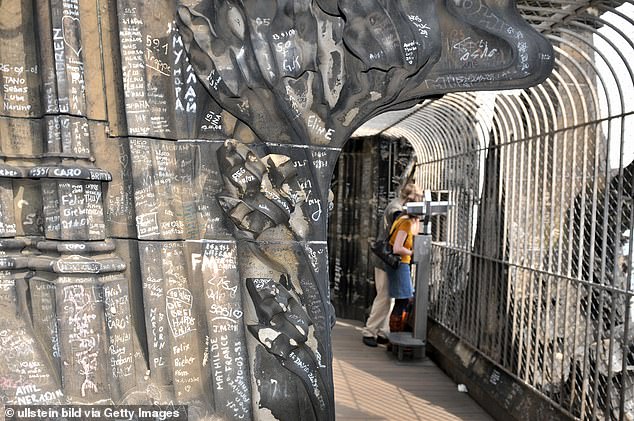 The German hate crimes included seven physical assaults against Christians because of their beliefs, three thefts or robberies, one desecration of the grave, and 24 verbal threats. Pictured: graffiti in Cologne Cathedral

They said this has led to a police investigation against Christians who asserted their traditional religious beliefs.

The report also claims that Christian students had limited access to facilities because of their beliefs, which led to their being labeled as “homophobic” or “anti-feminist”.

They said, “Some forms of discrimination include denying campus facilities and renting space to groups, not sharing flyers, and failing to get accreditation from student councils.

“Some students have also received threats.”

A study by Matthias Revers and Richard Traunmüller from Goethe University Frankfurt has shown that a third of German students are in favor of banning controversial books from the student library.

Meanwhile, between a third and a half of university students would not allow a controversial speaker on campus.

The gynecologist Michael Kiworr was prevented from speaking about abortion at the University of Göttingen at the invitation of the Christian student group Reformatio 21.

The group Alternative Linke Liste Göttingen staged protests and forced the university to withdraw the invitation.

The move was criticized by The Professor’s Forum, an 800 member association of academics in Germany.

They said: “It is common for aggressive political groups to sabotage the right to freedom of expression.”

Alicia Keys Has Something Important To Say About Jay-Z's Performance